I create sculptures and installations which encourage people to think and act upon social or environmental issues.

It is a 2.5m X 2.5m installation made up of 1023 small plaster of paris pig sculptures.
The pig sculptures in the installation are all uniquely deformed so that they all fit together, like they have all been crammed into a small space.
This piece asks, what happens to a real pig’s life, its pork and our world when real life pigs are crammed together?

This piece is looking for its next home, if you would like to display this piece, please get in touch.
Email: info@katarinaprior.com 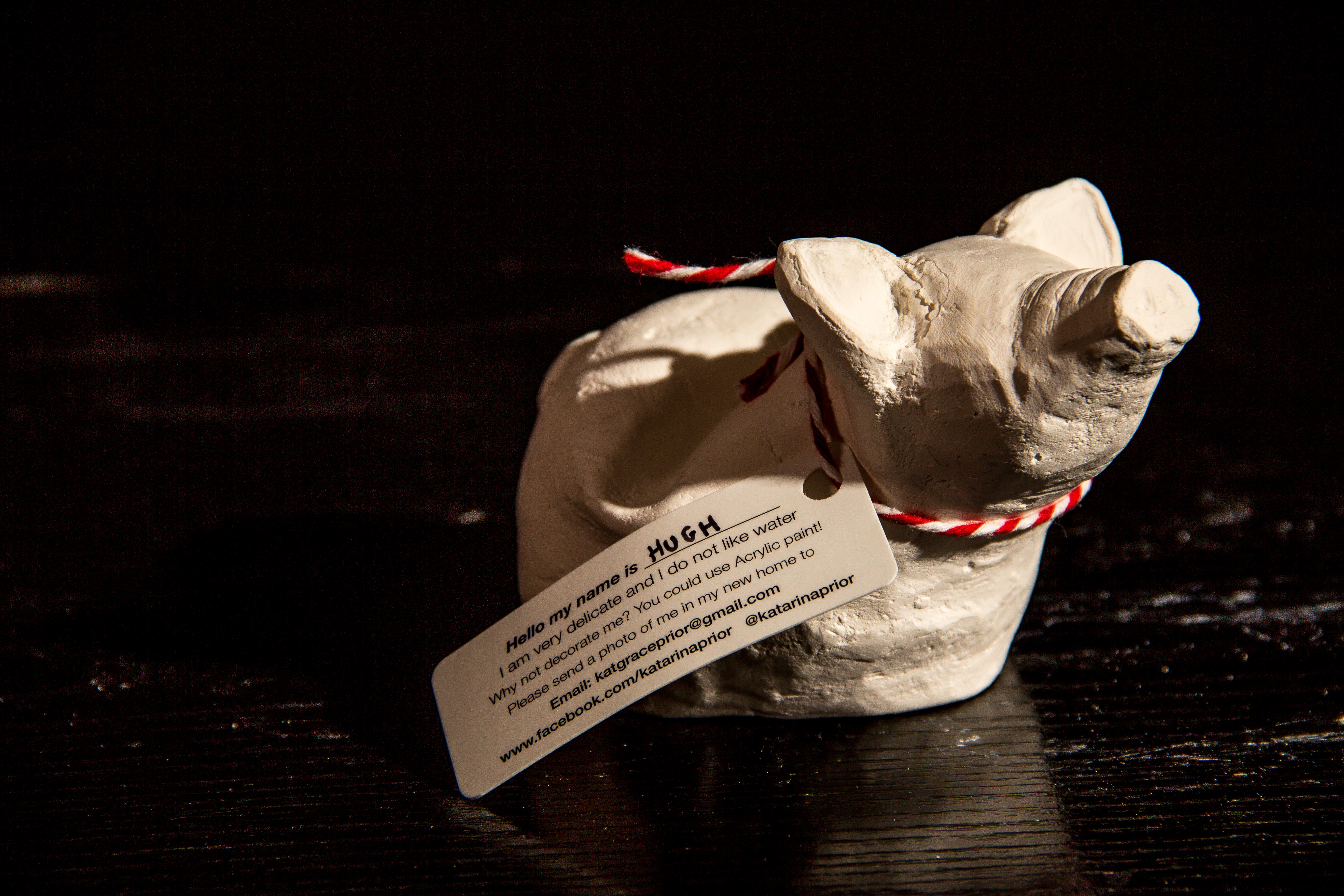 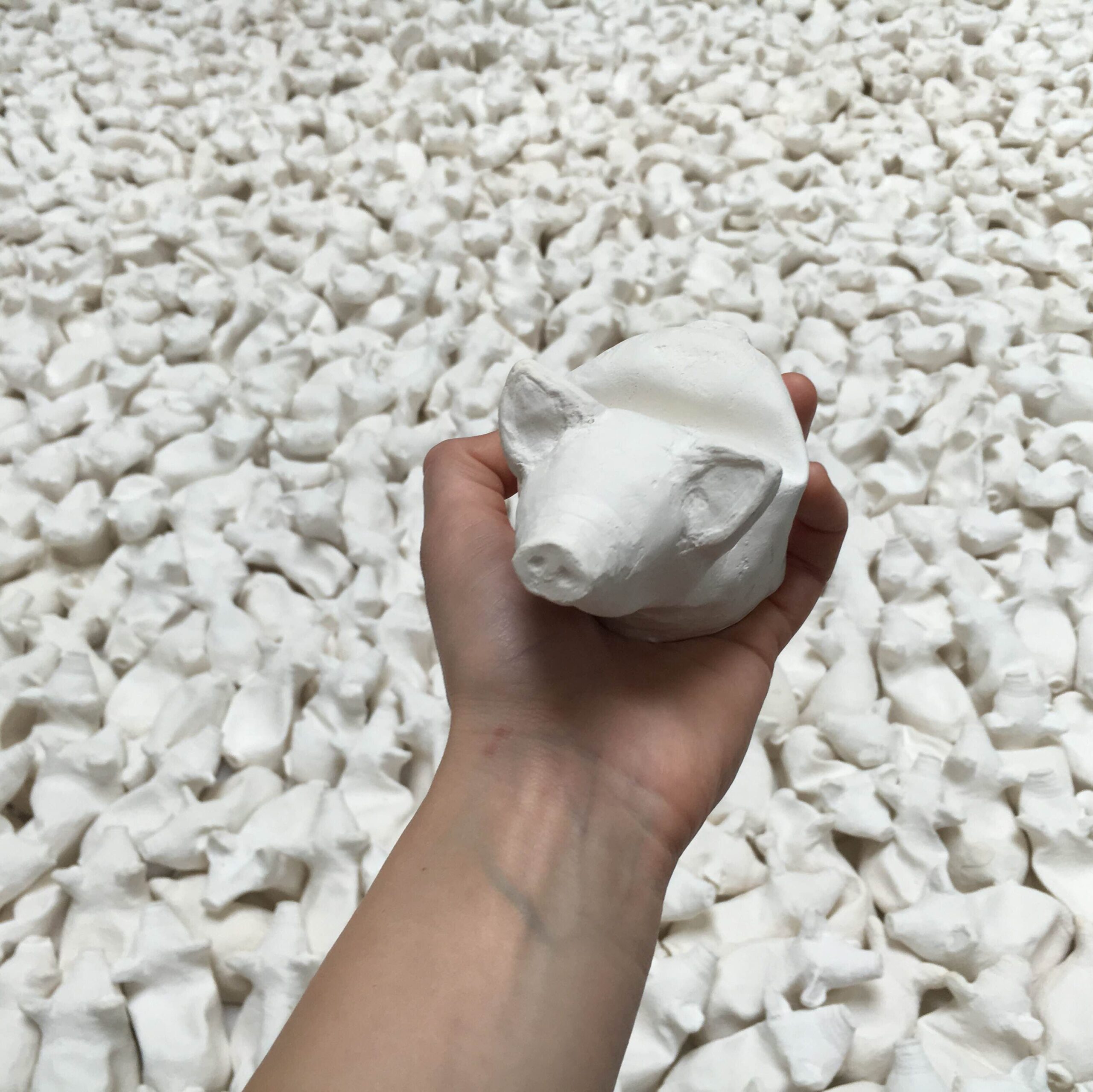 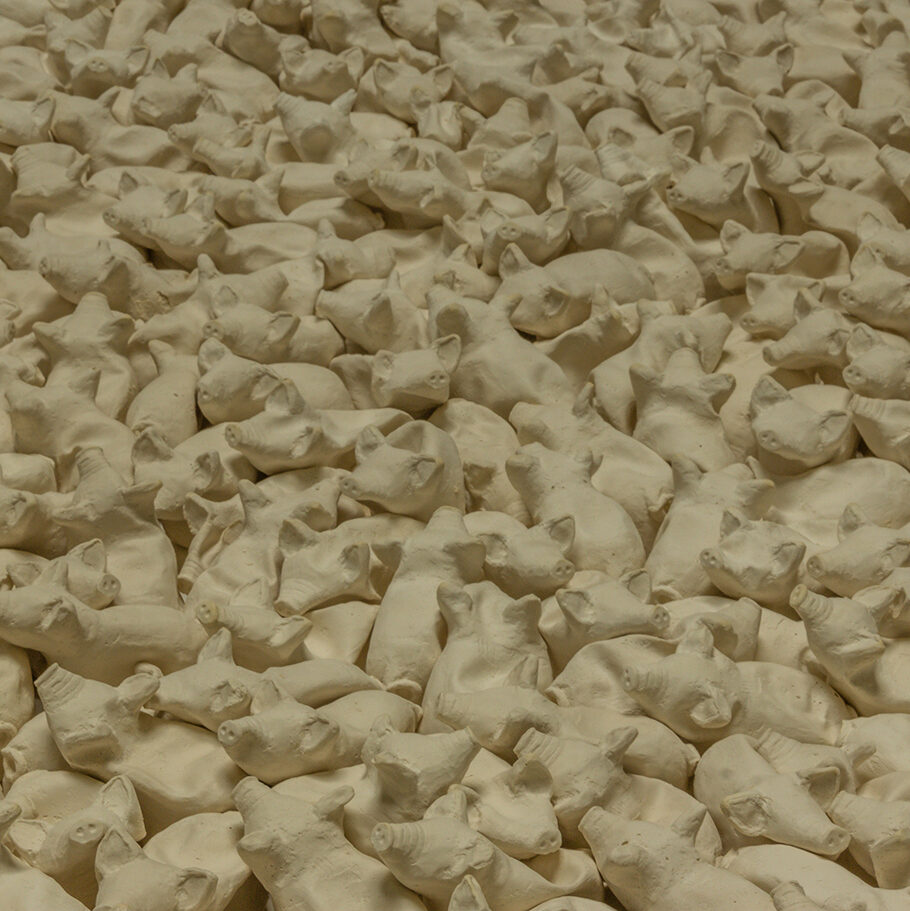 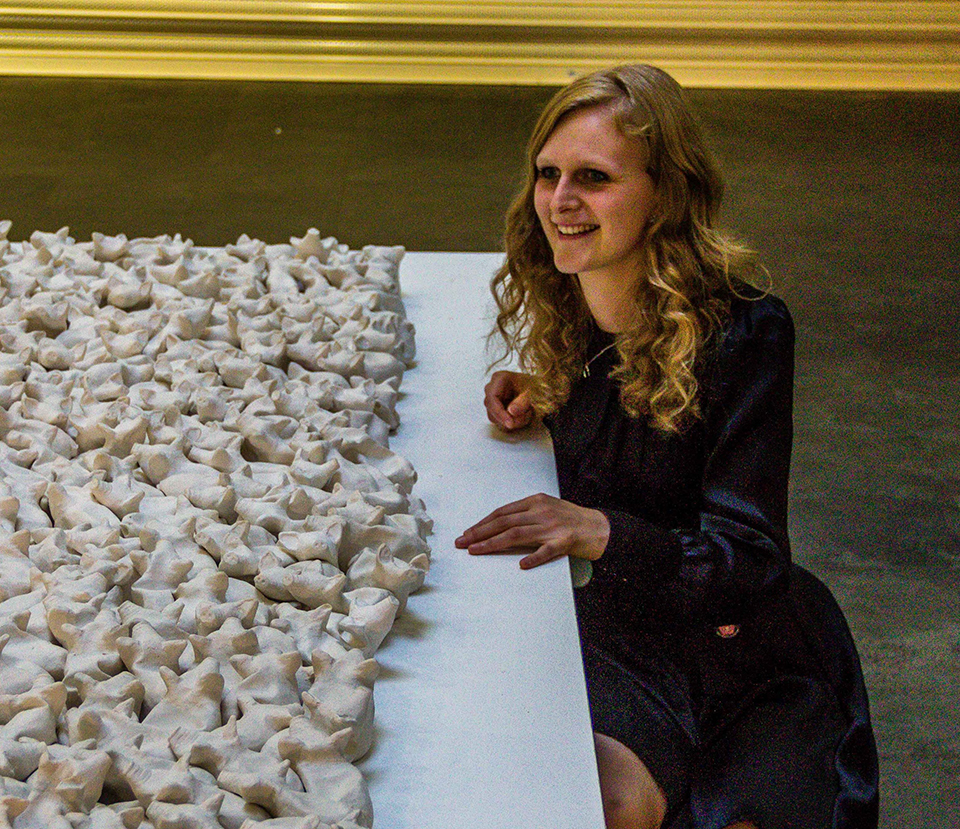 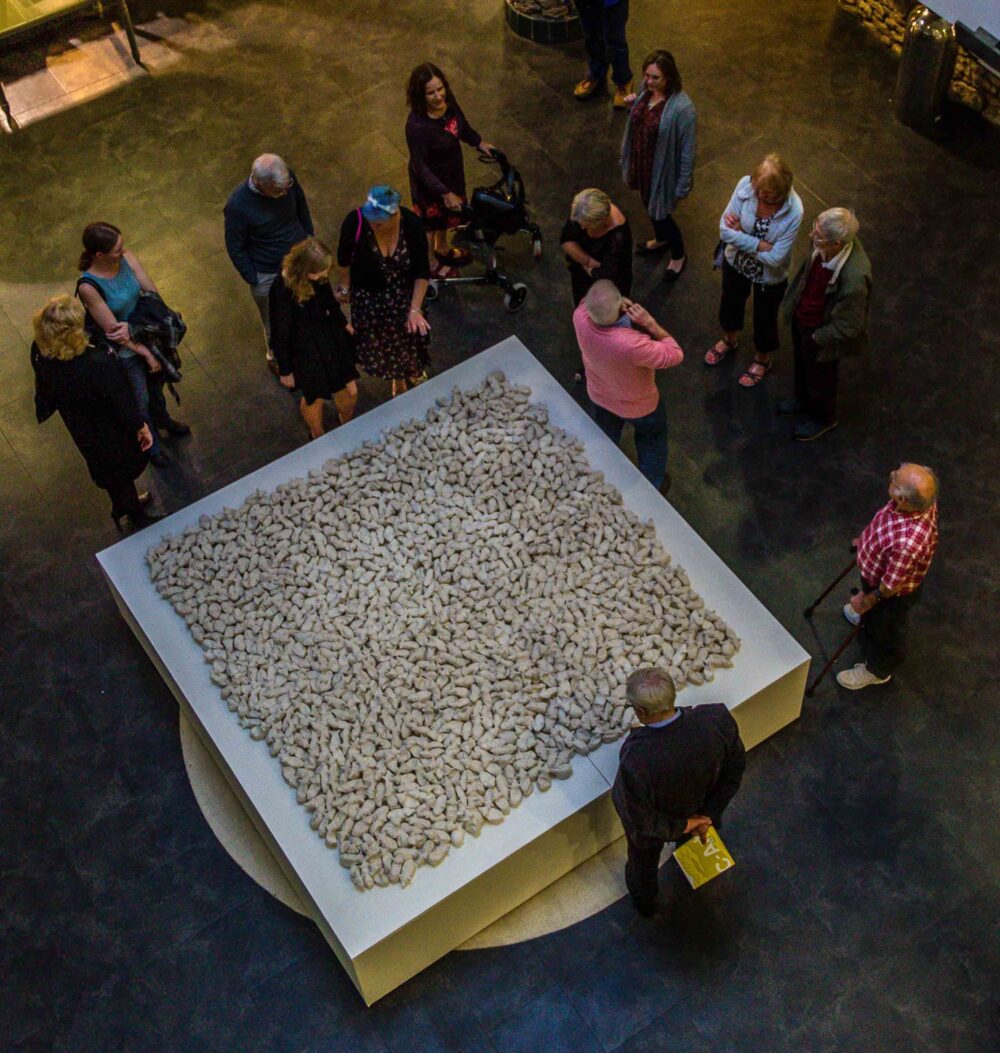 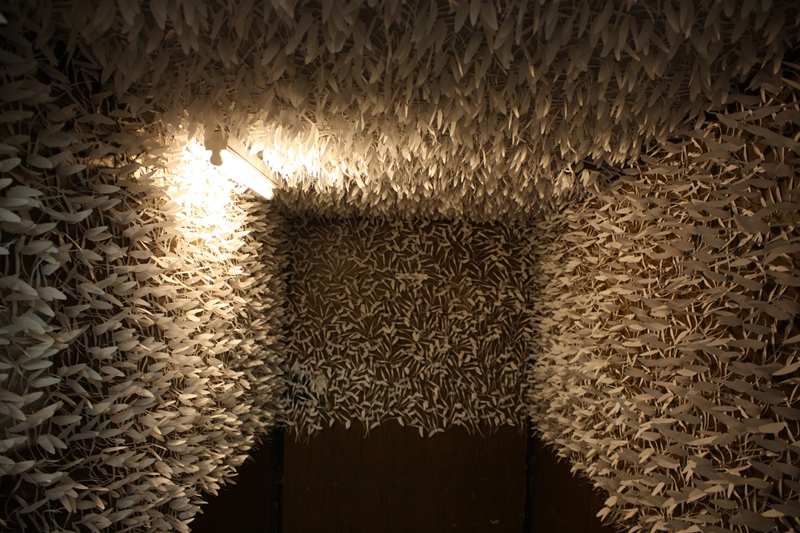 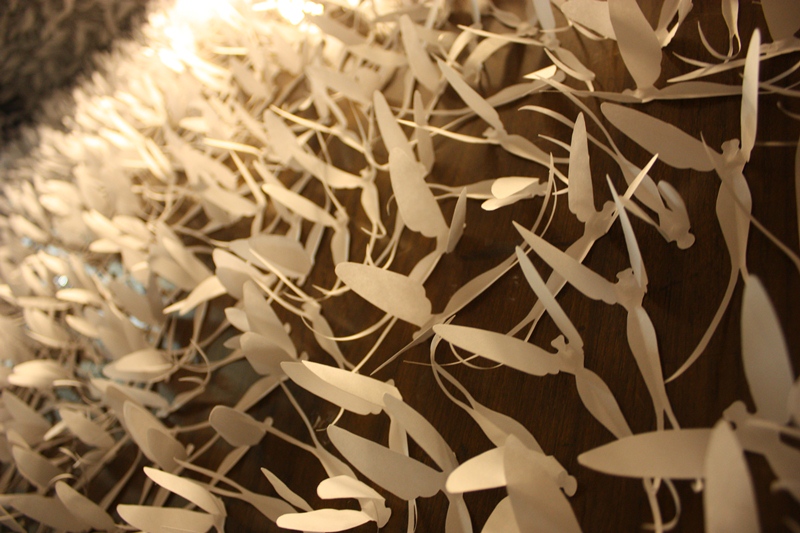 Mayflies is an art installation which consists of a swarm of thousands of Mayflies cut out of white paper, each around 13 centimetres long from head to tail.

They are individually attached directly to the walls of the space in a swarm-like formation. All the Mayflies were hand-cut by myself, meaning that each pair of Mayflies is unique.

All the venues I have exhibited Mayflies in have had their own unique aspects and feel to them. The exhibition at Rheged is the most ambitious so far, it contained over 5,000 Mayflies which is double the size of any of the others.